Webinar: Downfall of commodity prices – Impact on the African continent

Last week Friday, 29th May 2020, AETS helped organise the Webinar “Downfall of commodity prices – Impact on the African Continent”. The webinar, which took place from 11:00-12:30, addressed the long- and short-term impacts of the recent fall in the price of raw materials, such as petrol and coal, and the reduced global consumption, resulting from the confinement in Africa, and more specifically Mozambique. The two-hour webinar was co-hosted by the Mozambique Ministry of Industry and Trade, EuroCam and the Delegation of the European Union to Mozambique and included speeches from the Minister of Industry and Trade, the Ambassador of the European Union in Mozambique, the President of EuroCam, the resident representative of the African Development Bank in Mozambique, the Director of the Centre for Democracy and Development and the Chief Economist of Standard Bank.

The webinar was organised under the scope of one of AETS’ (in consortium with CARDNO and IMANI) ongoing contracts, funded by the European Commission, which looks to assist the implementation of the Commission’s ongoing project “Promove Comércio”. The Promove Comércio project aims to improve government coordination and implementation of the Economic Partnership Agreement (EPA) and the trade facilitation reforms of the World Trade Organisation’s Trade Facilitation Agreement, both of which are currently in place. Additionally, the project aims to promote EPA trade opportunities among investors. Mozambique ranks among the ten lowest GDP per capita in the world, with a weak economic diversification that is highly dependent on the primary sectors. The EU is a major trade partner of Mozambique, being the country’s first export destination and the country’s second import partner in 2017 (after South Africa). 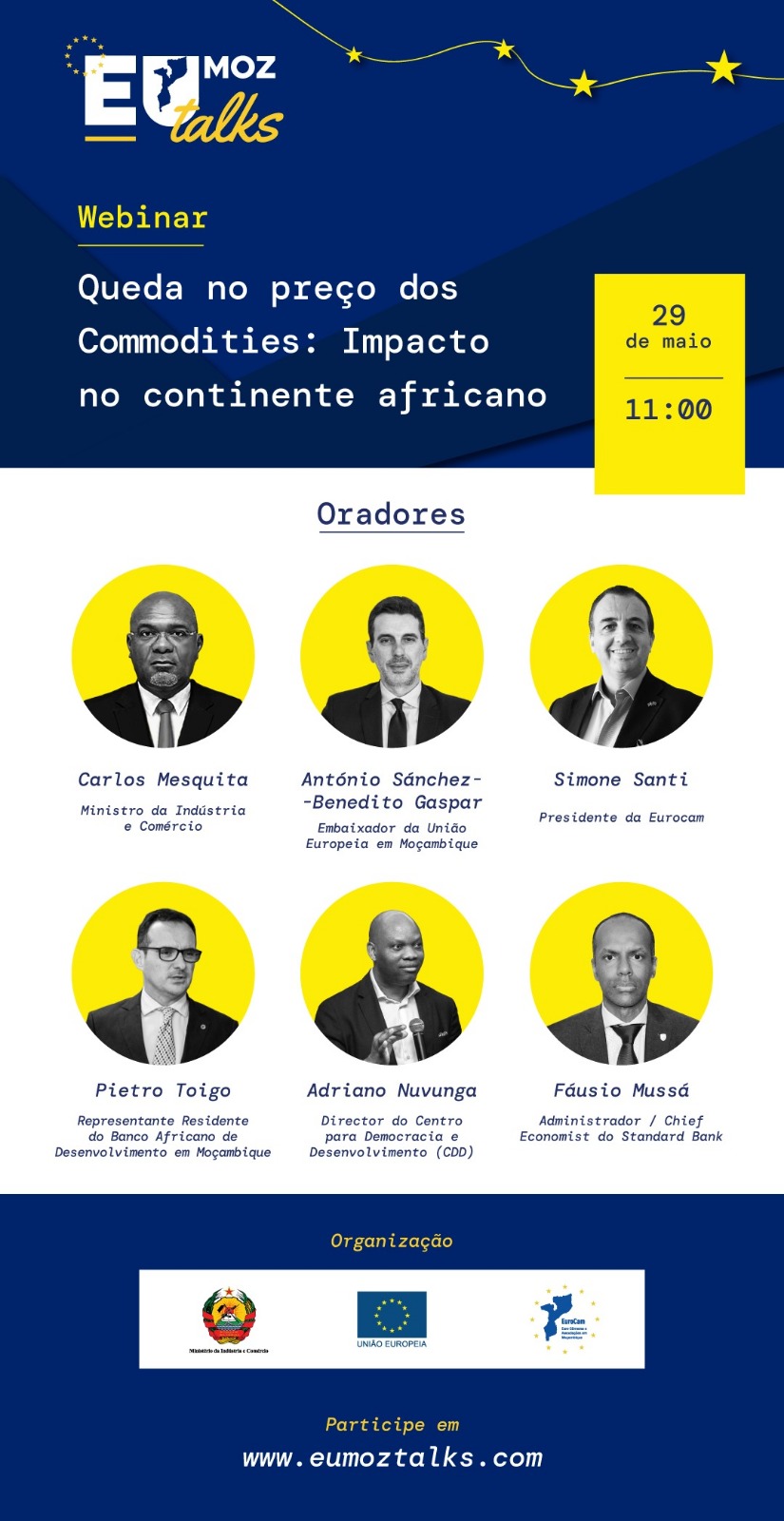